Every self-respecting Southerner knows that a MoonPie and an RC Cola are an unbeatable combination, but no one celebrates the dynamic duo quite like Bell Buckle, Tennessee.

The small town (population 532) in middle Tennessee, about 55 miles southeast of Nashville, holds an annual RC–MoonPie Festival, and this year marks the 25th anniversary of the Southeastern Tourism Society Top 20 Event. 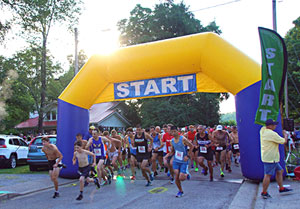 From Races to Royalty

The festivities begin, as always, with certified 10K and 5K runs. The 10K run is limited to the first 1,000 people to register. At the finish line, all runners are invited to enjoy a complimentary breakfast that includes biscuits with all the fixin’s, fruit and – what else? – MoonPies and tubs full of ice-cold RC Colas. Awards are given to division winners, and everyone who completes the race across the rolling countryside receives a finisher’s medal.

Once the race ends, there is plenty of entertainment afoot. A craft fair, featuring more than 75 booths, and a food court are open all day, and entertainment will include the MidState Cloggers and the Howlin’ Brothers Band. Bell Buckle’s own Davis and Dayle will take the stage to provide entertainment with their special brand of merrymaking that includes a blend of comedy, drama, satire and parody.

The RC-MoonPie Festival parade features the Color Guard, high school band and the 1950 Bell Buckle fire engine. The finale shines the spotlight on Bell Buckle royalty, aka those who have been lucky enough to be crowned kings and queens of the festival in years past. Of course, a new king and queen will be coronated as well.

And it’s not only royalty that gets recognized at the annual festival. Prizes are awarded to the youngest attendee, the oldest attendee and the person who traveled the greatest distance to join the fun.

To celebrate the festival’s silver anniversary, entertainers who have provided some of the most memorable moments from the past 25 years also will be invited to give encore performances. 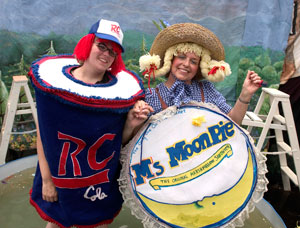 Fun & Games
However, the festival is not just a spectator sport. In fact, it wouldn’t be complete without its lineup of games. Think hula-hooping while munching on a MoonPie and washing it down with an RC Cola, walking across the stage while balancing an RC can on your head and tossing a MoonPie all the way to the city limits.

Although the historic little town is known for its arts and crafts, antiques and food, the Bell Buckle Chamber of Commerce started exploring ideas to increase foot traffic in the summertime in 1994. The festival was born when the movers and shakers came up with the concept of celebrating the 75th anniversary of the MoonPie. 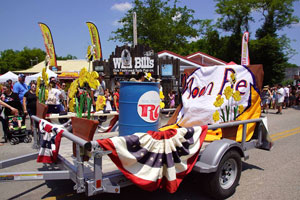 The festival has been featured on the likes of Travel Channel and “Tennessee Crossroads” and in publications such as Southern Living, Food Network Magazine and USA Today.

Every year the festival dishes out a sweet ending by serving the world’s largest MoonPie in all of its marshmallow-y, graham cracker-y, chocolate-coated goodness. Baked fresh at the Chattanooga Bakery, which started making the confection in 1917 to satisfy the craving of a Kentucky coal miner, the MoonPie is delivered personally to the festival. Rumor has it that this year’s MoonPie will be something that never has been seen before – and likely never will be seen again – to celebrate the festival’s 25 wonderful, wacky, quirky years.

If You Go:
What: 25th Annual RC-MoonPie Festival 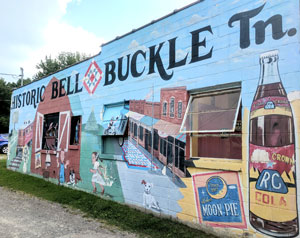 A Winning Combination
The MoonPie hit the market in Chattanooga, Tennessee in 1917, after a Kentucky coal miner told a traveling salesman he wanted a snack “as big as the moon.” The salesman took the request back to the bakery, which was happy to oblige with something that was filling and fit in a lunch pail. The coal miners loved it.

At the time Chattanooga Bakery produced more than 100 items, but the bakery realized it had landed on something otherworldly with the MoonPie. At 5 cents apiece, the MoonPie became a top seller, and factory workers were boxing up hundreds every day by 1929.

Royal Crown, or RC Cola, arrived on the beverage scene in 1934. The combination became an instant success after joining forces in the 1950s when an RC and MoonPie special could be purchased for 10 cents. In those days, that was a full 16 ounces of RC Cola and nearly a half-pound of MoonPie. Soon, the combo was labeled as the instant fast food lunch of the ’50s.

The pair has been immortalized in songs such as “Gimm’e an RC Cola and a Moonpie” by Big Bill Liston, “RC and Moonpie” by NRBQ, “Moonpie” by Edwin Hubbell and a children’s musical version called “Weezie and the Moon Pies” by Bill Harley. Literary nods to the tasty twosome include “The Great American Moon Pie Handbook” by Ron Dickson and children’s book “Jimmy Zangwow’s Out-of-This-World Moon Pie Adventure” by Tony DiTerlizzi.