Creating a plan to manage growth, particularly in areas that are growing as rapidly as Harlem and Grovetown, is vital (not to mention required by the state), and the cities recently gathered input from their residents about their visions for the future.

In conjunction with the CSRA Regional Commission, the cities are updating their 2021 – 2026 comprehensive plans. They have conducted SWOT surveys to glean information about their strengths, weaknesses, opportunities and threats.

The city of Harlem established a steering committee to guide the planning process, and David Jenkins, Harlem’s director of community development, says officials hope to complete a rough draft of the plan this month. The public comment period closed in December.

The final comprehensive plan will include community goals, a work program of activities, and information on economic development, broadband, housing, community facilities, cultural resources and land use.

According to state requirements, the comprehensive plan should be completed by June 30. A public hearing will be held before the plan is finalized, but a date has not yet been set. 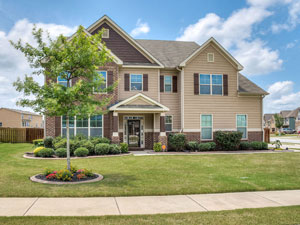 “Traffic is increasing with all of the subdivisions going in and around Harlem,” he says. “We’re seeing huge residential growth, and we’ve had a lot of annexations north of town.”

“The challenge is to keep that downtown feel,” he says. “We’re getting all kinds of inquiries for new development, and downtown vacancies are way under the national average.”

The city of Grovetown has made surveys available to residents on the city’s Facebook page, in water bills and on its website. Hard copies of the survey also were available at City Hall. Data was being collected through the end of January. However, Jonathan Bush, city planner, says, “We may extend it depending on our response rate.”

The plan dictates public policy about land use, transportation, economic development, community and recreation facilities, cultural and natural resources, housing and utilities. Internet access is another important component of the survey. “The state of Georgia is really pushing a broadband initiative,” says Bush.

A public hearing will be scheduled at a later date. In the meantime, residents can attend monthly committee meetings. However, they cannot offer input at these meetings.

“Grovetown does not have a true downtown, and we’re trying to narrow down where people would like to see that, or if it is even needed,” Bush says. “Traffic is a concern, especially with Fort Gordon growing as fast as it is.”

He says the city cannot serve its residents effectively if they do not voice their opinions and concerns.

“There’s a false perception that Grovetown is transitional, but a lot of people that are here now will be here for a long time,” says Bush. “They come to Grovetown because of Fort Gordon, thinking they’ll only be here for a little while. But military people get stationed here and then they want to retire here.”