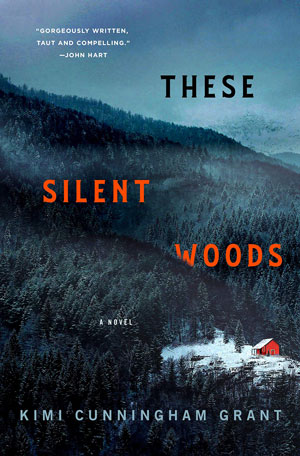 A father and daughter living in the remote Appalachian Mountains must reckon with the ghosts of their past in Kimi Cunningham Grant’s new novel of suspense.

No electricity, no family, no connection to the outside world. For eight years, Cooper and his young daughter, Finch, have lived in isolation in a remote cabin in the northern Appalachian woods. And that’s exactly the way Cooper wants it, because he’s got a lot to hide.

The only people who know they exist are a mysterious local hermit and an old friend, Jake, who visits each winter to bring them food and supplies. But this year, Jake doesn’t show up, setting off an irreversible chain of events that reveals just how precarious their situation really is. Suddenly, the boundaries of their safe haven have blurred ― and when a stranger wanders into their woods, Finch’s growing obsession with her could put them all in danger.

After a shocking disappearance threatens to upend the only life Finch has ever known, Cooper is forced to decide whether to keep hiding or finally face the sins of his past.

Vividly atmospheric and masterfully tense, These Silent Woods is a poignant story of survival, sacrifice, and how far a father will go when faced with losing it all.