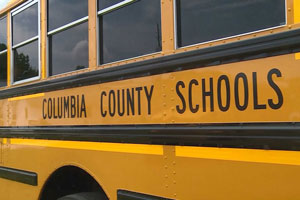 The Columbia County school district did not open a new school in 2020-21, but thanks to covid-19, the system nevertheless has a decidedly different look so far this year. Schools opened this fall on a staggered schedule for in-person learning for students because of the coronavirus pandemic. Families also had the option to choose a learn-from-home model.

Out of a student enrollment of 28,170 at the beginning of this academic year, 21,177 returned to classrooms for in-school instruction in August. The remaining 6,993 started the school year by learning from home.

However, the pandemic has not altered construction plans. The school system recently finished renovating a wing at the former Grovetown Elementary School, where the alternative school will be housed. Currently, all of the alternative school students are part of the LFH model. However, Dr. Sandra Carraway, superintendent of schools, says, “When and if it needs to open, it’s ready.”

The alternative school previously operated out of the old Evans Elementary School building on Gibbs Road, but this site has been cleared for construction of the new Learning Innovation Campus. The facility will offer specialized classes to students at all five county high schools in a central location.

Construction should get underway for the Learning Innovation Campus no later than December, Carraway says, with the goal of opening in August 2022.

The school district also has plans to construct additions at Columbia, Harlem and Greenbrier middle schools, which should be ready for use in 2021-22.

“These are high-growth areas, where Greenpoint subdivision is being built and a large development similar to the Greenbrier area is in the works,” says Carraway. “We know that those areas will continue to grow, and by adding on to those three buildings, we could almost have the same outcome as if we built a new middle school – and at a greatly reduced price.”

In addition, the school district has identified a piece of property for the construction of a new elementary school, which would open in 2023.

Bids also have gone out for site work at the former Greenfield Industries building on River Watch Parkway. The school district purchased the vacant building last year for $4 million from its general fund to expand administrative space. The building will house the Facilities and Maintenance Operations, Transportation and Technology departments, a warehouse and space for employee training. The school district has budgeted $20 million to renovate the facility.

A new roof will be put on the administrative part of the building where the technology department and meeting space will be located. In addition, more parking will be added to accommodate personnel when they come to the facility for professional development services.

A wing of the building, which includes about 10 bays, will be renovated for the transportation department. This wing also will include a fueling station and a drive-through bus wash.

“All of those projects are being done in phases,” says Carraway.

The school district also received $1.8 million from the CARES Act, which provided economic assistance for the effects of covid-19. With that funding, the school district has spent about $500,000 on sanitation products and equipment, face masks and the installation of ionization modules, which are installed in HVAC systems to improve air quality and to prevent the spread of illness, in its 32 school buildings and its 300 buses. Of that funding, $1.1 million was spent on the nutrition department as well. 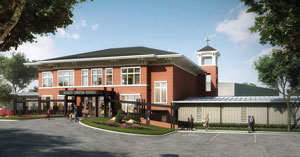 Augusta Christian Schools in Martinez has started a construction project to build a new two-story building on its campus on Baston Road. This project will be the first phase of Augusta Christian’s long-range plan to address the aging facilities of the 62-year-old school.

“We have to replace our portables. We have to enhance security, and we have to make room for growth,” says Les Walden, head of school, in a video on the school website.

The building, which will have a central entrance off of Baston Road, will be located in front of the gym between the elementary and middle school buildings.

When the existing classrooms, offices and the library move into the new building, they will be repurposed into new classrooms. This move will enable the school to move classes out of the portables and group all of the high school departments together. 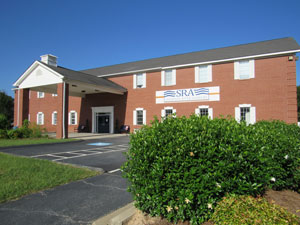 The project is scheduled for completion in time for the 2021-22 academic year. In addition, once the portables are eliminated, the school will have space to build next to the gym to meet other needs.

Another private school, Savannah River Academy, opened the 2020-21 academic year at its newly purchased campus on South Old Belair Road in Grovetown. The non-sectarian, fully accredited school offers fulltime enrollment and a hybrid option for homeschoolers who are looking for core class enrollment only. Previously, the school, which opened in 2018, operated out of a rented space.