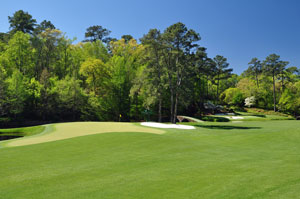 Three holes that have seen some of the most famous shots in Masters history have been lengthened ahead of this year’s tournament.

The Masters Tournament field might want to say another prayer at Amen Corner this year.

The 11th hole, one of the most difficult on the course, may play even harder as the Masters tees have been moved back 15 yards and to the golfer’s left. In addition, the fairway has been recontoured, and several trees have been removed from the right side.

This hole marks the beginning of Amen Corner, a three-hole stretch that was christened with its moniker by American sportswriter Herbert Warren Wind in 1958, and wind often is a factor on the downhill par-4 that now stretches to 520 yards. A pond guards the green on the left, and a bunker strategically lies right-center of the green.

Historically, No. 11, called White Dogwood, is the second-hardest hole on the golf course, trailing only Camellia, the downhill par-4, 495-yard 10th hole. (For the past three years, however, No. 5 – the uphill dogleg left, par-4 named Magnolia, which also plays to 495 yards – has ranked as the most difficult on the course after its Masters tees were backed up 40 yards in 2019.)

The last time changes were made to the 11th hole was in 2008 when the fairway was widened and several trees were removed from the right side of the fairway.

Perhaps the most memorable shot on the 11th hole in Masters history came in 1987. On the second hole of a sudden-death playoff to decide the tournament, Augusta native Larry Mize sank an improbable, 140-yard chip shot for birdie to defeat Greg Norman. 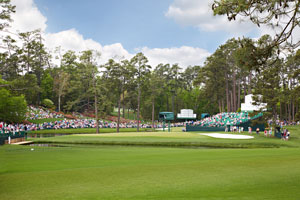 In another significant change to the course for the 2022 tournament , the Masters tees on No. 15, a par-5, 550-yard hole called Firethorn, have been moved back 20 yards. The fairway has been recontoured as well.

The 15th hole is a reachable par 5 when winds are favorable, and many golfers will attempt to reach the green in two. A well-struck second shot must travel over the pond and away from the bunker on the right side of the green.

Traditionally, No. 15 is the second-easiest hole during the Masters, trailing only the par-5, 510-yard 13th hole, Azalea.

The last changes to the 15th hole came in 2009 with the addition of eight to nine yards to the front of the Masters tees. The change did not affect the yardage, however.

The most famous shot on No. 15 came early in Masters history in 1935, when the course nines had been reversed from the previous year’s inaugural tournament, with Gene Sarazen’s “shot heard ’round the world.” On his second shot, Sarazen hit 4-wood 235 yards for a double eagle to tie Craig Wood and forced the tournament’s only 36-hole playoff, which Sarazen won, 144-149.

This year 13 yards also have been added to the back of the Masters tees on No. 18, the par-4, 465-yard hole named Holly. The length of the hole will not be affected.

One of the most famous finishing holes in golf, this uphill dogleg right is protected off

the tee by two bunkers at the left elbow. A drive hit down the center of the 18th fairway often requires a middle iron for an uphill second shot to a green guarded by two bunkers.

The last changes to the 18th hole came in 2002 when the Masters tees were backed up 55-60 yards and moved five yards to the golfer’s right. The bunkers also were enlarged by about 10%. Trees were added left of the fairway bunkers as well.

In 2004 Phil Mickelson birdied the last hole to win his first major, making him the fourth Masters champion to win with a birdie on the final hole. Arnold Palmer (1960), Sandy Lyle (1988) and Mark O’Meara (1998) also birdied the 72nd hole to claim a green jacket. 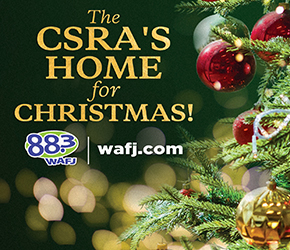