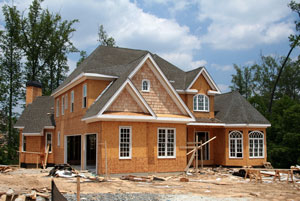 Columbia County is the ninth fastest-growing county in the state and number 196 nationwide.

“We focus on quality of life,” says Scott Johnson, the county manager. “Columbia County is a great secret, but it’s really no longer a secret.”

According to stacker.com, Columbia County is the ninth fastest-growing county in the state (the top eight counties are in the metro Atlanta area) and number 196 among all counties nationwide.

In August, the Board of Commissioners approved an overall 2022 millage rate of 8.618. The millage is the rate per $1,000 of property value.

To keep pace with the population increase, more homes and businesses are sprouting up in the county as well.

“By all accounts, the economy in Columbia County is thriving,” says Robbie Bennett, executive director of the Development Authority of Columbia County. “Our biggest challenge is the availability of housing to bring people into the community.”

“Permit issuance was down due to the availability of buildable lots,” says Debra Moore, the Harlem city manager. “We should see an increase in the residential permits with Hickory Woods coming online in (September) and Heritage Ridge in the coming year.”

“We are our own city, and being a member of the Grovetown community means something,” says Ronald Kurtz, the city’s director of Planning and Community Development. “It has a strategic location between Augusta and the rest of Columbia County. Frequently, professionals have ties to both of these communities.”

In addition, Kurtz says, “We are proactive in developing the type of growth we want to see.”

Johnson believes that newcomers have the same expectations for amenities in Columbia County that they had in their previous homes.

“The key is to stay true to your roots and to your plan,” he says. “We welcome new ideas, but not change just for the sake of change.”