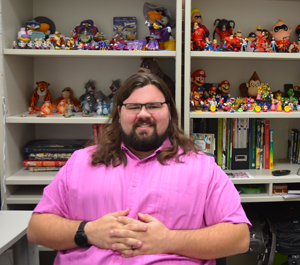 Augusta University will be one of only two public universities in Georgia to offer a bachelor’s degree in fine arts with a concentration in animation.

Augusta University’s Department of Art and Design has a new draw. Starting this fall, the department will offer a bachelor’s degree in fine arts with a concentration in animation.

The mastermind behind the program is A.B. Osborne, the new assistant professor of animation. “My goal was to find a place where I could build my own program in animation,” says Osborne, who has a master’s degree in animation from Savannah College of Art and Design. “That’s why it was really exciting to come here, especially with Georgia being such a hot market right now for both film and video games.”

However, he adds, it’s not just the production of films and video games that is thriving in Georgia.

“Cartoon Network is also here in Georgia, along with Bento Box Entertainment, which makes the show, Bob’s Burgers,” Osborne says, adding that Bento Box also animates the show, The Awesomes, which is written by comedians Seth Meyers and Mike Shoemaker. 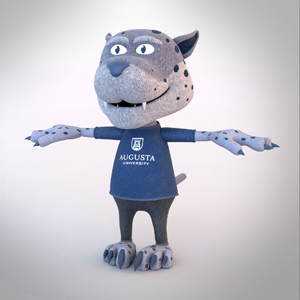 “There are a lot of places where students from our animation program can go for careers after they graduate,” Osborne says. “I only see that getting better over the next few years.”

The only other public university in Georgia that has such a program is Kennesaw State University.

“Other public schools offer animation courses, but they don’t have this type of degree,” says Scott Thorp, the Department of Art and Design chairman. “Once the word gets out that we have it, I think it will be a magnet for us.”