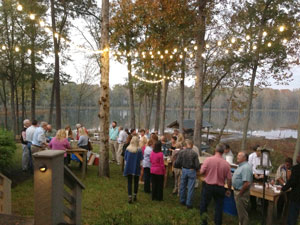 Everyone should enjoy the natural resources in the area, but the Central Savannah River Land Trust is showing its appreciation for those who support its conservation efforts as well.

The Land Trust will hold its 13th annual Bash on the Banks of the Savannah River at the River Island Clubhouse on Thursday, October 27. About 250 people have attended the event, which is open to people age 21 and older, in the last several years.

“It’s an opportunity for us to celebrate the projects that we have done in 2016 and share our plans for 2017,” says Veronique Marchal, the Land Trust director of communications.

The menu will include Southern barbecue and an oyster roast, and a cash bar will be available. The Unmentionables will entertain the party-goers with live music. The event also will include a raffle and a live auction. Raffle items range from a kayak and Belgian chocolate to a day at the National Wild Turkey Federation and an activity at Sharpe Shooters. Local artist Richard Worth will paint a nature scene during the first part of the evening, and the watercolor will be auctioned off at the event. 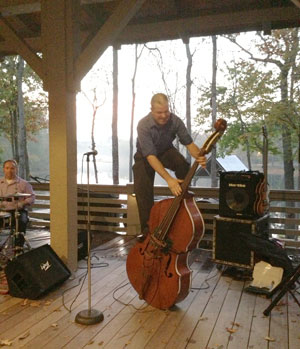 “He will be painting along the banks of the Savannah River,” says Marchal. “People can bid on the painting, and the winner can take home a little bit of the river.”

Funded entirely by donations and grants, the Land Trust focuses its efforts on protecting large areas of natural habitat, the major sources of our drinking water, larger forests that purify the air and grand vistas that offer scenic views.

Since 2001, the Land Trust has protected almost 6,000 acres of land in Columbia, Richmond and McDuffie counties in Georgia and Aiken, Edgefield and Barnwell counties in South Carolina. The organization’s reach extends as far upstream as Hart County and as far south as Statesboro. 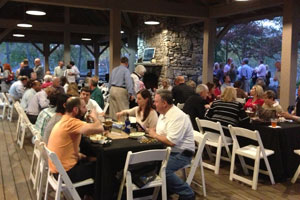 Currently, the Land Trust is working on projects such as the CSRA Regional Greenway Program, Greystone Preserve, a neighborhood conservation initiative and farmland conservation in upper Columbia County and Clarks Hill Lake.

The Greenway Program will connect more than 70 miles of multi-use trails in Columbia, Richmond and Aiken counties. The project encompasses Euchee Creek Greenway, Savannah Rapids Pavilion and the Augusta Canal Trail in Columbia County, and the trails will connect to downtown Augusta, south Augusta, Fort Gordon and North Augusta, South Carolina. The Greystone Preserve project includes the construction of a new outdoor educational campus on the preserve, which has more than 260 acres of running or hiking nature trails, in North Augusta.

What: Bash on the Banks on the Savannah River

How Much: $50 per person; cash bar available 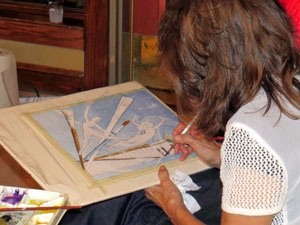 Columbia County and the surrounding area are full of talented people, and the skills of some of the most gifted local artists will be on display at Art After Dark. The signature event of the Artists’ Guild of Columbia County, the annual affair will feature an evening of art and entertainment. Guests will have the opportunity to purchase art in mediums such as watercolors, oils, acrylics, photography, pottery, fiber arts, jewelry and mixed media. They can participate in the silent auction as well. 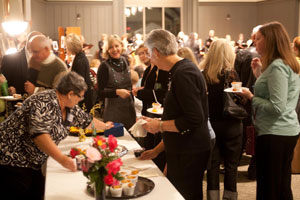 “The money raised from the art auction goes toward a $1,000 scholarship for a high school senior who is going to study art at Augusta University,” says Jane Waldrop, the Artists’ Guild treasurer.

“We’re trying to promote the knowledge of art that we have in Columbia County,” says Waldrop. “People don’t have to go out of town to buy good art.”

The Artists’ Guild offers classes to all ages ranging from children and teenagers to adults and seniors. Next year the organization plans to start a program in which artists will demonstrate their skills at some of the area facilities for senior citizens.

The Artists’ Guild is a group of professional and amateur artists and patrons of the visual arts. The organization provides opportunities for artists to exchange creative ideas and business information, to show and sell their work, and to increase their knowledge through workshops. Membership is open to anyone age 17 or older who resides in the Central Savannah River Area. 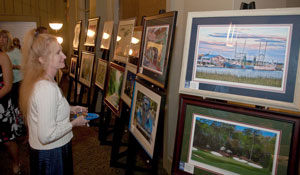 What: Art After Dark

How Much: Free; cash bar available